godofthunder1969
Ready to sing Shock Me!

This will be my first FTR show. I'm in KC for the weekend and just missed them here in Independence last week so I'm driving out to Wichita tonite! All for the love of rock 'n roll!
Top

Taking my four year old to his second KISS show. He's super excited! The show is actually pretty close to sold out with only a few tickets left on Stubhub.

Going to be there with my family. It's great to finally see them in my hometown.
Top 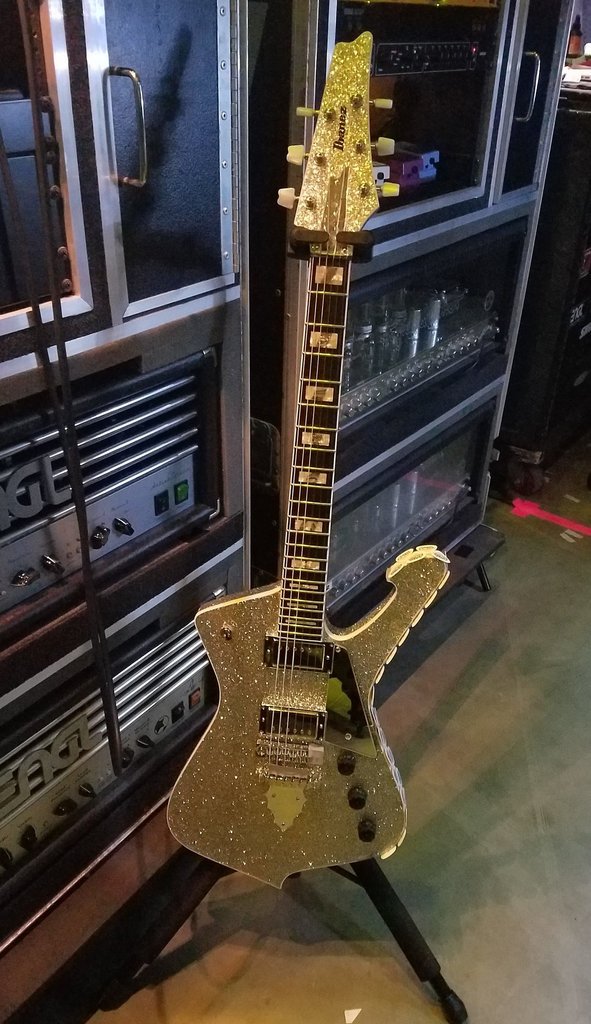 Mr Slow
Nearly as many posts as KISS compilations!

That is one sexy Iceman!

asking for one for Kissmas this year! --- already have one in black.
Top

godofthunder1969
Ready to sing Shock Me!

Now that I’m settled back in New York, I wanted to share my Wichita experience with my fellow FAQers!

I’ll be seeing the boys in the tri-state area three times in Sept/Oct but couldn’t resist catching a show sooner. I coordinated a trip out to Kansas City, MO (I missed the Independence show by three days!) with a drive out to Wichita, KS! As a bonus, I got to check out Rock and Brews for the first time, too. I have to say I really enjoyed it!

I went solo, and once to the arena, I was very pleasantly surprised with the size and the energy of the crowd. I don’t know the capacity of this place but it was full. If it wasn’t “sold/reduced/gave” out, it was damn close! And these folks were pumped! As is typical, most were my age (40-50) but teens and 20s were well represented. There weren’t as many little kids as there usually are when I see them in NY. Maybe it’s because casual fans don’t bring their children like we die-hards do?

I went to my seat immediately just to get my bearings (5th row center on the aisle on Gene’s side baby!). The opening act had just started and damn near everyone was in their seats already! I didn’t even sit down, though. I just went back up and wandered the concourse to people watch, grab some beer and enjoy a few Marlboros in the smoking garden haha!

As a disclaimer, if any of my observations here are a little off, I apologize. I was trying to take mental notes as things went along but I’m just in my freakin’ glory at these shows so I certainly could have missed some stuff lol!

I went to my seat around 8:45. I bought a pair of tickets on StubHub and relisted the second one. I got to introduce myself the guy that bought mine. Interestingly (or not) enough, the 5 o 6 people right around me that I asked had all gotten their tix on SH, too. I may just not have been looking for it, but I didn’t notice the KISS curtain being torn up like it was before. I think that might have been fixed.

Lights out, Rock and Roll played in its entirety and KISS was announced at 9:02PM. The set list has been established now so it was the same that you’ve seen listed for the last few shows. The stage is stripped down but they always have great lighting so it looks great! As they descended on the platform playing DRC, the place was ELECTRIC! Maybe if I was sitting way up top in the back I would have experienced something different, but, as far as I could tell, everyone was stoked and loud! I’m 100% in support of Tommy and Eric. God bless ‘em for being there for Gene and Paul so that the KISS machine can continue for us. That said, I really just stay focused on G&P. Yeah, in their mid-sixties they might move a little slower these days, but I’ll be damned if they don’t still convey KISS! I know Paul’s voice is shot and it’s been hashed over to death, but I’ll say the same thing that so many have. He sounds fine at concert volume. Sure, if I hadn’t seen them in 10 years (I haven’t missed a show since my first - COTN in Jan ‘83) and I didn’t know that he had lost his voice I would have certainly been like WTF? But that’s not the case. So with that, he’s FINE! Gene is still an animal. I was partially distracted during his fire-breathing so I might have blinked, but I think the fireball was pretty small for some reason.

It’s so cool to hear Flaming Youth. Of course, nobody knew the song except for us, and KISS knows that will be the case. That means that the only reason they are playing it is because we have begged them to perform a deep track. And THAT means that they actually listened to us and did it FOR US! I give them props for that. Dropping a more mainstream song for an obscure one that they know full well will get a weak response. Thanks guys, it did not go unnoticed! Paul extended the “higher and higher and higher” part at the end of the first chorus. This caught me off guard but was clearly intentional. It was then cut short (catching me off guard again) after chorus 2 (also seemed deliberate). Strangely, it was not extended after the solo as it is on the studio version. I’m not sure if that was intentional or not.

Shock Me is about half way through the set and it was beer refill time. Remember I’m pro-Tommy and Eric, but that was the right time to refill. I met a girl in the bar who had met KISS before the show and shook all of their hands (Paul told her he wasn’t gonna let go lmao). Her fiancé took a picture of me shaking HER hand (the very hand that Paul wouldn’t let go of haha). Of course I haven’t washed it since

I love meeting new people and that was just another fun part to the night for me.

I made my way back to Paul’s platform for Love Gun. Like the curtain, maybe I just missed it but, looking back, I’m pretty sure it didn’t rotate. The lighting during Black Diamond looked, as always, AMAZING! And his new rocket trick from there is tres cool!

The honoring of our vets, the check presentation and the Pledge of Allegiance was also very cool. Beth sounded great. I like the way they performed it. RARAN closed everything out with as much pyro, risers, energy and confetti (streamers mixed in, too, which I haven’t noticed before?) as they could pack.

The show was great. I had as much fun as I could have possibly expected. I hope they sound this good come September. I have a couple of Ace shows then, too, followed by my first KISS Kruise!

If you are one of the fans that the band has lost, I can totally understand. It’s not the same and it’s not for everyone. Everybody is entitled to their own opinion and God bless ya for having yours! They haven’t lost this guy, though. I still get goosebumps and teary eyed over this band. KISS ARMY FOREVER!
Last edited by godofthunder1969 on Wed Jul 27, 2016 1:43 pm, edited 2 times in total.
Top

sugardaddy
Nearly as many posts as KISS compilations!