I´ll let you guys know how it was on Monday

His Majesty
Nearly as many posts as KISS compilations!

i see a live stream event on facebook.. but i have not seen any links.. anyone know if this is actually being streamed?
Top

G6O6A6T wrote:i see a live stream event on facebook.. but i have not seen any links.. anyone know if this is actually being streamed?

No streamings that I know of. This was supposed to be shown on TV with all the other concerts, but somehow the deal wasn't closed, so it's quite unlikely there'll be any streaming either.
Top

Hope it was a good trip from PA--I'm really looking forward to your posts. 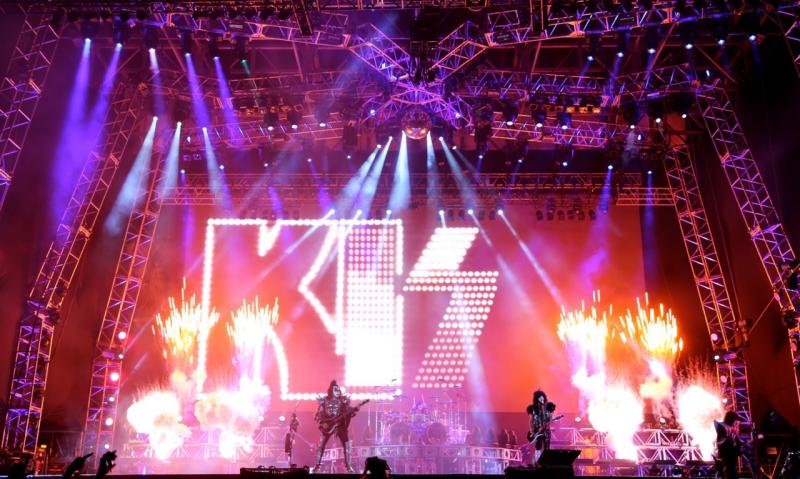 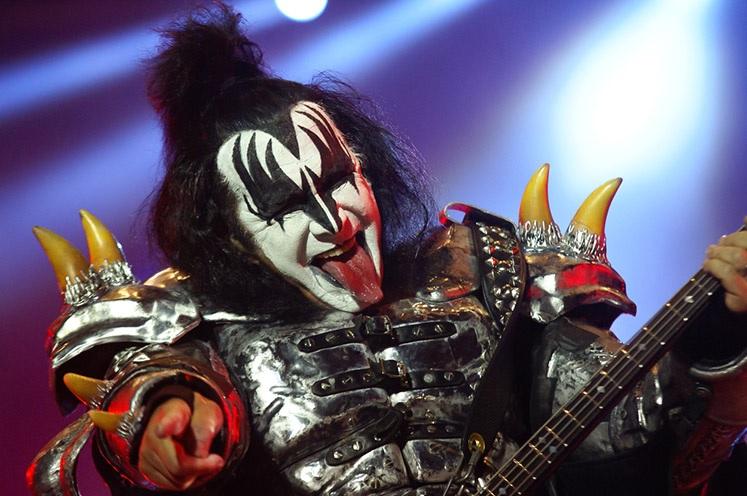 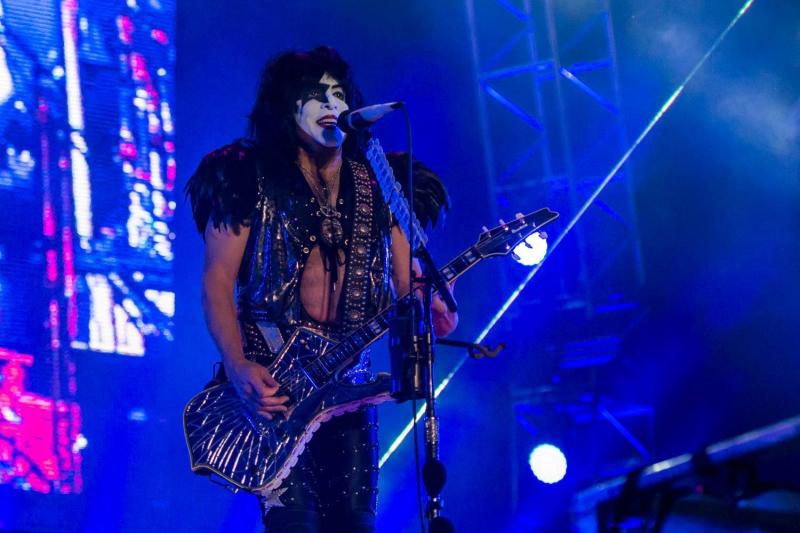 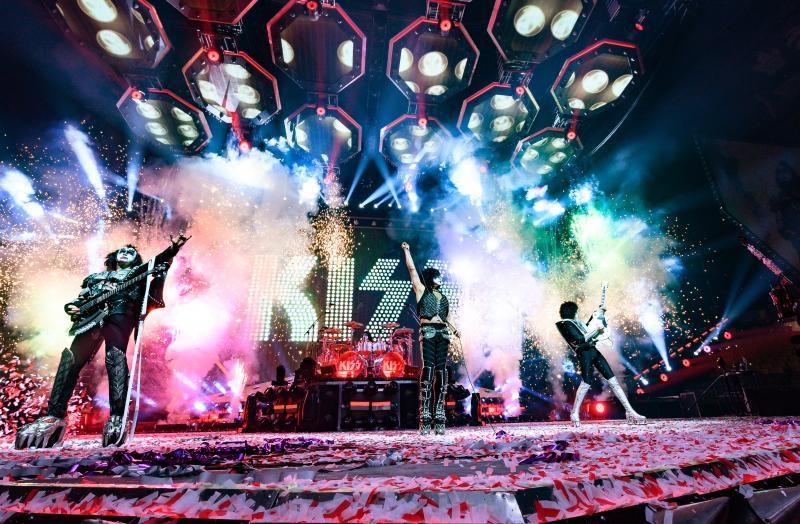 Red Walrus
Spends too much time FAQ'ing off!

Detroit Rock City
Creatures of the Night
Psycho Circus
I Love It Loud
War Machine
Do You Love Me
Deuce
Hell or Hallelujah
Guitar Solo
Calling Dr. Love
Lick It Up
God of Thunder
Parasite
Love Gun
Black Diamond
Shout It Out Loud
I Was Made for Loving You
Rock and Roll All Nite
Last edited by fabiostanley on Mon Apr 27, 2015 5:09 am, edited 1 time in total.
Top

YOU WANTED THE BEST

YOU GOT THE BEST!!

Holy shit! What a show!!!! Ok...this was a TOTALLY DIFFERENT concert experience than what I´m used to so I can´t compare it to any other show in Brazil or South America and so the context of it was just so different for me and so exciting that there´s no way I can give a bad review!!! BUT...they did sound REALLY GOOD to me from where we were standing. We were far from the stage....probaby 40,000 people from the stage (there were over 50,000 there) and usually for me, the further back I stand, the better I can hear. We were in the center and pretty far back and really they sounded great!!! Paul seemed to do the best he could with his voice for the most part and only pushed it (with cringeworthy results) a few times that I noticed. They really seemed to put in a lot of extra effort for the Sao Paulo show and I´m assuming that they do for South American shows since historically they didn´t always get to SA? It was just really REALLY special! My son napped during Judas Preist (which is a shame cuz he loves them) but was awake for the whole Kiss show and he ROCKED OUT (he loves Kiss too) He loved the light show (this was MUCH BETTER at this giant outdoor venue with no roof because the lights would extend far out into the sky over the crowd....really BEAUTIFUL actually from my standpoint) and he absolutely LOVED the confetti which there must have been 2 tons of it and it actually did make it all the way back to where we were standing! He thought it was hilarious for some reason and he tried to catch it...it was really cute...I won´t go on about it though, LOL,,,I don´t wanna be one of those parents! Anyway....there was a little mishap with God of Thunder--Gene´s timing was all off on the first verse, but once he figured it out, the rest of it went smoothly and sounded great. The Brazilian Kiss fans were A-FUCKING-MAZING!!!! They SANG THE GUITAR SOLO to Detroit Rock City!!!!!!!!!!!!!!!!!!!!! (I did too

) and they were just SOOOOOOOOOOOOO excited! Dancing and hands in the air singing all the lyrics....it was how it USED TO BE in the states at a Kiss show. I mean, you still get that if you´re down front at a Kiss show in the states, but not at the back of the crowd....the energy just doesn´t hold up the further you get from the stage. It DID hold up in Sao Paulo....it was fucking amazing! There is a perception in the US that Brazilians (perhaps all South Americans?) are really passionate....All of the Brazilians that I´ve spoken to think that´s silly,,,,that they are no more or less passionate than any other person or group of peoples.....I´m sorry, Brazilians....the stereotype, from what I can see, is absolutely true! You can´t see your own beauty, that´s all

The Sao Paulo crowd, while reserved just walking throughout the venue, had more energy and passion than I have EVER experienced at a concert in my whole lfe. Any concert. Not just Kiss. It´s a really beautiful and inspiring thing to witness & experience. My only wish is that I could see a show here that was JUST a Kiss show rather than a festival, though there were A LOT of Kiss shirts in the crowd. It felt to me like, for most people, even if they went to Monsters of Rock to see Manowar or Accept or Priest or Malmsteen, etc. they still were excited that they also got to see Kiss. Didn´t see many people leaving before the end of the show, though some left toward the end of Kiss´ set (I imagine to beat the rush out of the parking lots) but not many.

I don´t like Detroit Rock City as an opener. Not that it´s my favorite song or anything, it´s not, but it is kind of something that I look forward to in the show and hearing it right out of the gate felt a little anti-climactic to me. Especially since the crowd sang the solo.

Other than that, Creatures of the Night and then Psycho Circus was ***sip....ahhhhhhhh*** REFRESHING!!!!!!!!!!!!! AND,,,they played PARASITE!!!!!!!!! FUCK YEAH!!!!!!!! Yes, the set list was pretty much the same old same old...but the boys have trained us to be absolutely grateful for the few scraps we get and I´m no different! It made my day to hear Parasite again!!!

Ok, my beautiful brazilian husband just brought me some sort of delicious brazilian food so I´m gonna go for now...I´ll type more later or when I get home. I do have some photos and some video which I´ll post at a later time/date.

Thanks for an energetic review. Seems you had a great time!

Paul: Hide Your Heart must be back in the setlist for Hamburg.
Top

black diamond wrote:Thanks for an energetic review. Seems you had a great time!

Paul: Hide Your Heart must be back in the setlist for Hamburg.

We did have an awesome day!!!

I concur....tired of LIU and Paul can´t sing it anyway...people do still go nuts for it though
Top

I´ll post pics and stuff when I get back!

And hey, as for the SA stage...it was simple, but I liked it...not sure if it was the same as all the other SA shows or different because of Monsters of Rock. Lots of pyro, lots of lights....Logo changed between older & newer styles which is cool in a way....though I´d still prefer the logo made of lights. That´s just so badass in my mind,,but oh well...it´s the digital age.


I do believe there were 50,000 people there. I mean I didn´t count, but it was MASSIVE. Definitely some people there for other bands though, but like I said earlier, most people seemed excited to see Kiss too, even if they came for another band.

Brazil loves Kiss...Brazil also loves classic metal. The more viking-ey it is, the more it´s loved here. So yes, bands like Judas Priest & Manowar are able to sell out 10,000-20,000 easily......more maybe? But you also have to figure in that it´s not like it is in the states where bands play multiple cities IN EACH STATE. Here bands play a few cities in the ENTIRE COUNTRY. People sometimes travel extremely long distances to see these bands and the shows here are huge because of it.
Top

It was amazing! Second time seeing KISS live. The setlist is awesome, i always wanted to hear "Creatures of the Night" live, and I enjoyed every second of it, Eric Singer does an amazing job with it! Paul's voice isn't great but isn't bad as it sounds on youtube vids. When you're at the live atmosphere, you can't notice it. "Parasite" was another highlight for me because I was at the KISS' hotel on saturday with another fans and we requested it to Tommy and they really played it!

If you're thinking about not going to see KISS because Paul's voice isn't great, i need to say to you, DO IT, spend your money and you'll not regret it!
Top

What a amazing night!
Paul sounds really good and band was absolutely tight!!
The stage was little different from the rest of the Brazilian shows. Everything works fine but I really miss the Spider

One of the highlights for me was the setlist. DRC - Creatures - Psycho!! These 3 HUGE songs! One after another was INSANE in the middle of the crowd!
You do not have the required permissions to view the files attached to this post.
Top

Here's a photo of the Monsters of Rock Stage with the KISS curtain hanging there. It tickled the hell out of me cuz it looked SO SMALL on that HUGE stage! I commented to my husband about it and he came up with 10 minutes of Tommy Thayer jokes......lmao..... ie: it was Tommy's job to wash costumes and the KISS curtain and he accidentally shrunk it, etc. hehehehehehehe More pics soon...I just don't have the patience for any more re-sizing tonight
You do not have the required permissions to view the files attached to this post.
Top
Post Reply
20 posts • Page 1 of 1