nibbler1982
Nearly as many posts as KISS compilations! 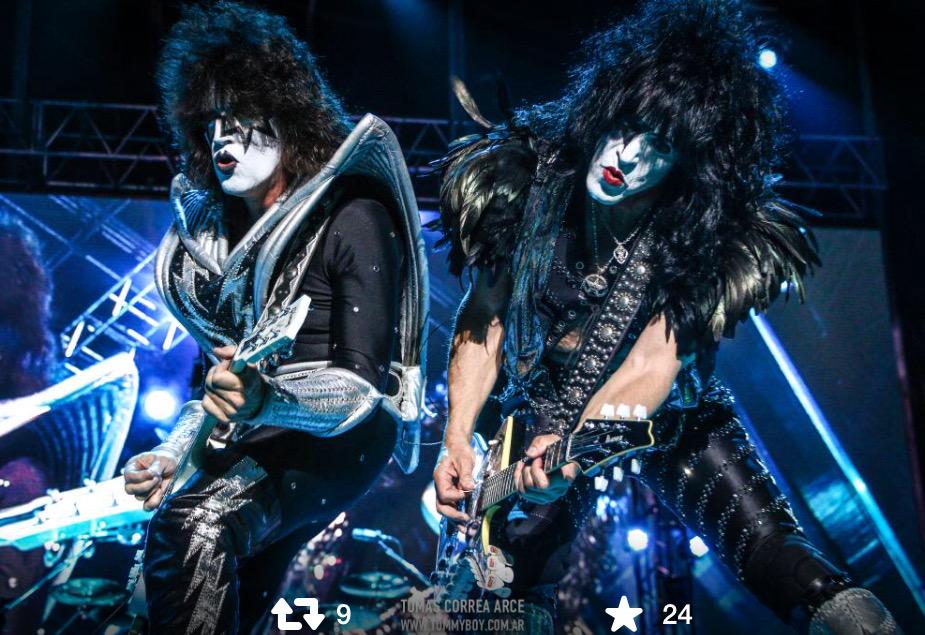 That seems to be inline with what the local publications are reporting.

in fact, ticket sales were not good at all and there were a lot of 2x1 and free tickets.

With two publications quoting 40,000 and 30,000 respectively...not to mention Tommy's quote of 35,000...I put NO WEIGHT WHATSOEVER on your estimate. The stadium holds 50,000. If that number isn't going to be met 2 for 1's are par for the course. Discounted tickets are standard procedure in all venues.

KISS draws 35,000 people and still we get conspiracy theories and "ticket sales were not good at all". Only on the FAQ!

its not a conspiracy and i dont want kiss to fail.

i dont care what the diario popular says, i was there i know thats not true.

and as i said, i know tickets sales were not good cos there was a rumor here that they were going to play in a smaller stadium and a lot of 2x1 were going on.
you cant know that cos you dont live here, but im telling the truth.

i saw 3 big shows in velez, guns and roses, queen and kiss, and this was by far the one with less people.

between 25/30k went to this show, and with a lot of free tickets.

We'll just gonna have to agree to disagree. When I compile attendances I always take an average of what the local publications report...hence 35,000. I did the same due diligence for their last time at River Plate and I came up with the same 35,000. Although I wasn't there, from the videos and the stills from the show it's doesn't appear the field was only 50% capacity like you stated.

Either way I hope you had a good time.

The stadium was not half full at all. It IS a smaller venue than River, but it was almost full. The pictures don't lie. There were SOME 2x1 only if you were a member of a cable company. Of course I can't be objective, but it was the best Kiss show I've seen in Buenos Aires (I've been to all -6 times before). The set list was perfect for me, and being "less" people ("only" 35,000) and a little smaller stadium, it was more a kind of "die hard" events.
Paul still cut it live. I know he's done (It's embarrasing to hear him on youtube), but I sadly enter now in the "Live is not noticeable" group. Cause it is.

When you're enjoying as much as I was, guess you can't help drinking the kool-aid.
Top

im just sayin that no way there were 40k people and that there was a lot of 2x1.

almost full? are u crazy or what???

the field was 50/60%, i was there, behind pauls love gun stage it almost empty.

i was near the main stage and i was pretty confortable with a lot of space around me.

We'll just gonna have to agree to disagree. When I compile attendances I always take an average of what the local publications report...hence 35,000. I did the same due diligence for their last time at River Plate and I came up with the same 35,000. Although I wasn't there, from the videos and the stills from the show it's doesn't appear the field was only 50% capacity like you stated.

Either way I hope you had a good time.


i had a great time, but the truth is the truth.

behind pauls stage it was empty.

and the "popular" which is the people standing behind the field it was 50% at best.

river plate is much bigger and there was a lot more people in 2012.
Top

Any tourbook at merch stand?
Top

No tour book and the merch stands kinda sucked. The t shirts were all ugly. I bought one just because Tommy & Eric were on it.
Great venue for a KISS show, smaller than the gayinas stadium (riber plate) but better for the audience (better sound and better view)
I think attendance was pretty good. Less people than last time but around 33,000. There was a lot of bad vibe among KISS fans the days before the show and rumors of catastrophic ticket sales.
Got direct word from Doc that KISS wasn't happy at all with the local promoters (fenix entertainment group - the same ones that promoted the show in 2012). Because of this, they came to Buenos Aires at the last minute and didn't give the usual interviews here but in Chile.
Watching the show center front, ten meters from the stage and Paul's voice didn't sound bad, at all. The first 3 songs (Detroit, Creatures, Psycho) - all Paul's - sounded terrific. Gene was great, too.
Musically the band sounded tight and heavy. I believe this was the best sounded KISS concert I've ever attended in my country.

Complains: too many Destroyer songs and not enough 80's songs, half assed stage ( I guess the promoter opted for the cheap show), Tommy didn't sing solo, very short show, they didn't play (again) Crazy Crazy Nights nor God Gave (Gene promised Me they would in 1994, I'm still waiting )

You do not have the required permissions to view the files attached to this post.
Top
Post Reply
47 posts