The broadest possible category for KISS discussion. Everything to do with KISS and its members, past and present. Posts offering bootleg, pirate, or illegal items, or links to those items, will be deleted. Please refer to the Terms Of Service (TOS) for this site for maximum board experience. Should any post contain material that violates your copyright, please follow the instructions on the DMCA takedown notice page.
17 posts • Page 1 of 1

I randomly came across this Italian poster for the movie Stunt Rock today and was struck by how much the guy on the left resembles Paul. Not facially, of course but he's wearing what looks like the Dynasty outfit with the paisley pattern and, of course, the mirrored Iceman-looking guitar.

Interestingly, the movie came out in 1978, *before* Paul started wearing that outfit, so I assume this Italian poster is from a later release of the film in that country.

Anyway, just thought it was interesting.
You do not have the required permissions to view the files attached to this post.
Top

Nice Catch!
Never seen this one before
Top

Kissologist
Nearly as many posts as KISS compilations!

Wow! Never seen that before.
Top

That's actually a real band at the time anyway (Sorcery). Foreigner and Van Halen were both offered the movie and turned it down. I see a few stunts from the great original "Gone in 60 Seconds" in there.
Top

BC Witch
Spends too much time FAQ'ing off!

Thanks for posting! Interesting to see the Wizard throwing flames from his hands. Vinnie was meant to do that on the Creatures tour but it never materialized.
Top

I have that movie on DVD - it's a hoot. And the Sorcery soundtrack is good ( if cheezy as all get out ).
Top

Wish I could find Stunt Rock on VHS....pretty rare.
Top 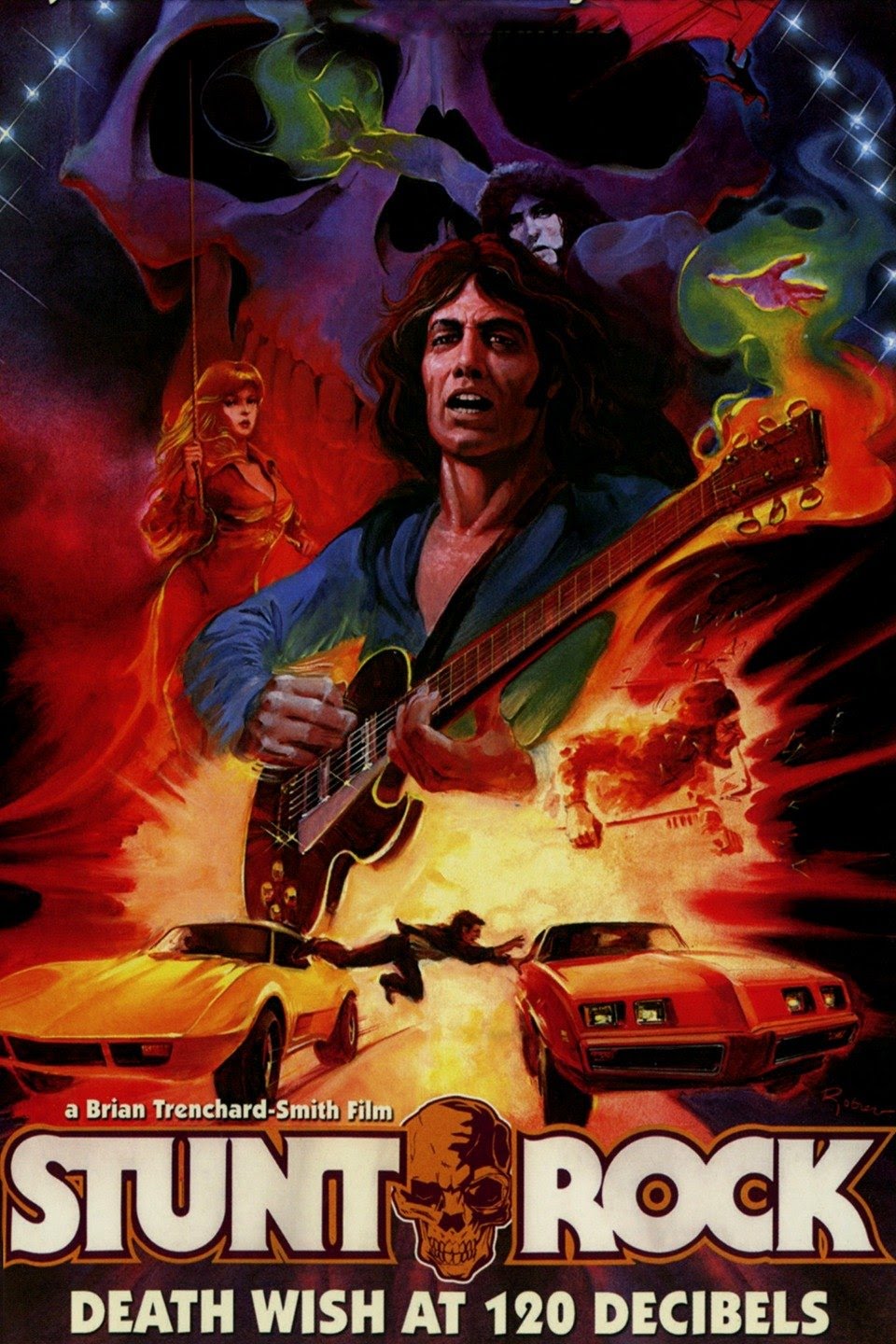 This was actually the first movie I ever rented at the video store after my mom bought our first VHS player. A great and very cheesy movie. I would love to find it on DVD.
Top

Here it is with Dutch subtitles.

redinthesky wrote: ↑Tue Sep 14, 2021 1:12 pm That's actually a real band at the time anyway (Sorcery). Foreigner and Van Halen were both offered the movie and turned it down. I see a few stunts from the great original "Gone in 60 Seconds" in there.

I went to a screening of STUNT ROCK at a cinema in Melbourne a couple of years ago, which was introduced by the director, Brian Trenchard Smith, who also did a post-screening Q&A. During the Q&A, he told the audience that KISS was the first band he approached for it! He claimed they (or Aucoin) turned down his interest right off the bat, I remember him even telling us that he felt the band and management had already been sucked in by a bad movie idea the year before, and they certainly wouldn't be making that mistake again, especially with some unknown young Australian upstart at the helm (and with a small budget).

He never mentioned Van Halen, but did say that Foreigner was his second choice, and they had apparently agreed to do it, but had to drop out when filming would have interrupted their tour commitments. That's when they went with the real band, Sorcery, that someone had seen playing the Strip.

I certainly wouldn't be surprised in VH (and maybe Cheap Trick) were also in consideration, but to us Aussie kids who went along to see the movie at the time of its release, KISS was the first band we thought of.
You do not have the required permissions to view the files attached to this post.
Top
17 posts • Page 1 of 1